Zakiti is a young thief turned sorcerer from Nathir. She grew up on the streets, fending for herself and gaining great resentment for the wealthy. She exalted as a twilight caste when she broke into the House of Thirty Seals, stole a book of Malfean lore, and fled the demon guardians of the House. She’s on the run from the Masters of the House of Thirty Seals. She steals from the rich, helps the poor, and keeps a bag of spirits trapped in earthenware jars.

Zakiti grew up alone on the streets of Nathir in far east of the Hundred Kingdoms. She scavenged and stole for food and scraped by as best she could. Though wits, skill, and luck, she managed to avoid enslavement and starvation. During this period of her life, she watched poor families destroyed by the machinations of the rich and greedy, especially the Guild. She did see rare acts of charity and kindness by those who had more than others, but never enough to balance the scales.

Frustrated and angry over her lot in life and what she observed in the city around her, Zakiti decided to turn to domonology to show the world that she was worth more than others thought. She sight her sights on the House of Thirty Seals, a center of forbidden knowledge and one of the most powerful establishments in Nathir. Relying on her skills learned over her years on the street, she broke into the temple-academy and sneaked passed its guardian. Finding her way to the inner sanctum, she seized a tome a dark tome. Her act of theft triggered an arcane alarm, and she exalted as she fled, evading the guardians and escaping to the forest beyond the walls of Nathir.

Now in exile from the only home she’d ever know, Zakati used the knowledge in the book and the inspiration of her exaltation to unlock the secrets of sorcery. She found that her exaltation had left her with the knowledge of the strange runes used to write the book, and language she later learned was that of spirits and the Old Realm. After studying in the solitude of the wilderness, she headed west along the Yellow River. At cities along the way, she stopped and dwelt with the fringes of society, using her newfound powers to help those abandoned and cast out from society. She banished and bound ghosts and spirits and punished the wealthy and greedy. Those she help with her powers remember her reverently, offing prayers to their mysterious savior. Fearing reprisal from the sorcerers of the House of Thirty Seals, she did not stay too long in any place along the way.

Genjo was in Great Forks to find out more about what he had become. After all, where better to go than the city of the three gods? Zakiti had made her way there, following the Yellow River and fleeing the slow pursuit sent by the House of Thirty Seals. Genjo probably saw her in trouble, and stepped in to help. Zakiti didn’t need help with the thugs Genjo thought he was protecting her from, but did need help with the pack of demons that found them shortly thereafter. Zakiti would have been able to shed more light on the nature of the Solar exalted. Thus, they began to travel together. 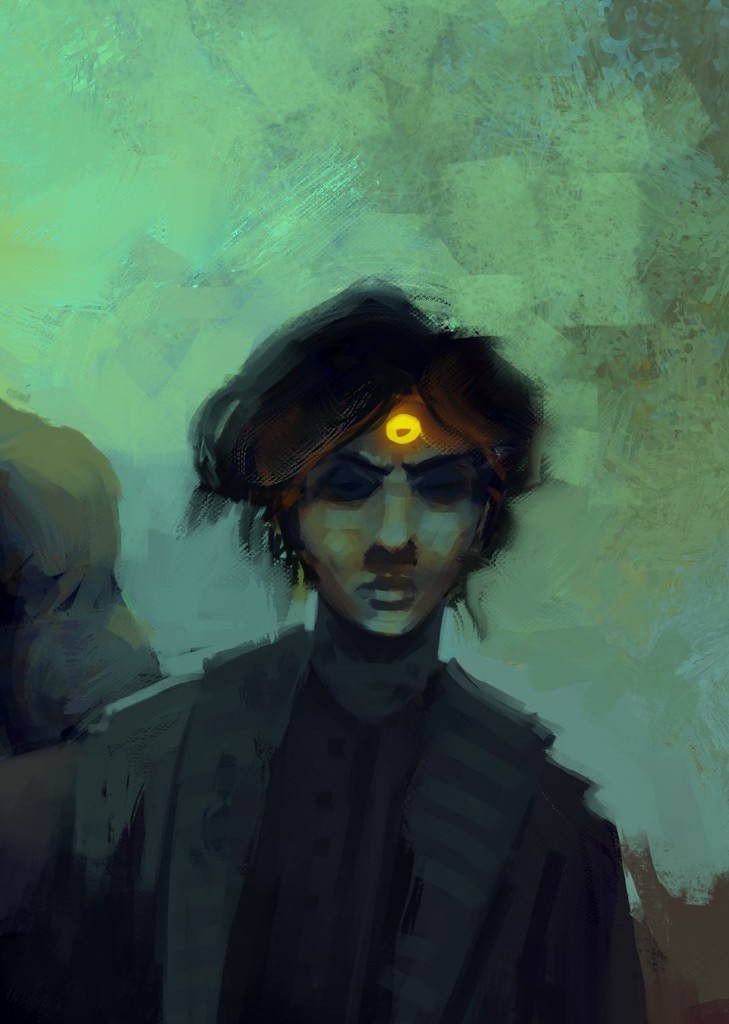