Eastern Goddess of War and Soldiers

Sunipa is the Eastern goddess of war and patron to soldiers and the measured application of force. Sunipa sometimes pays attention to individual soldiers during battle and rewards those who fight economically, using just enough power and skill in besting their enemies as well as those who fight only when it is proper and right to do so.

She is pale-skinned, silver-haired and jet-eyed and wears armor forged of impossibly fine steel. She carries Delicate Scarlet Blossom, an ancient fire lance, and a sword of unmelting ice from the Far North.

Legends say that she is sister to Shield of a Different Day. 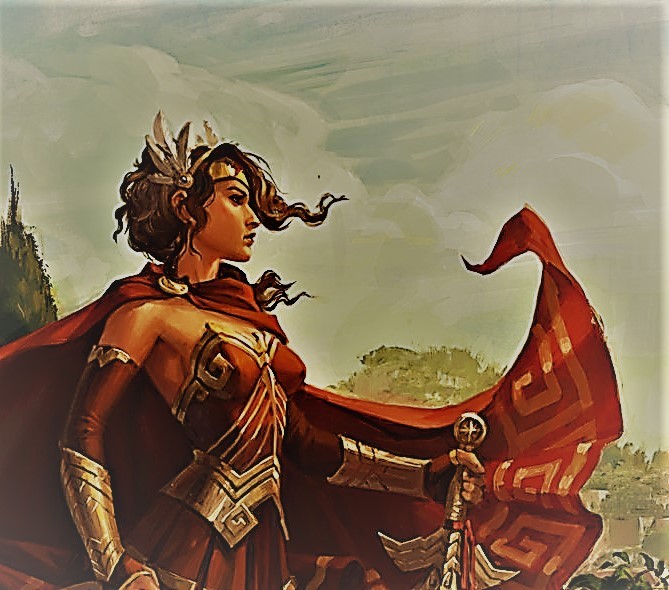